Believe in yourself, former Poet Laureate Rita Dove tells us. Go ahead. See where it gets you. In Sitka this summer, belief will take us in many different directions: to the sea, to the woods, to the stage, but most of all, to our writing desks, which is where everything important begins. Although we love to romanticize and entertain magic, strong writing comes not from some unknown source but through stubborn perseverance, dedication, and discipline, and above all a belief in our own capacity as individuals and artists. It’s not an easy thing to conjure; truth be told, it’s harder than magic. This intensive, multi-genre weeklong course is for individuals who identify not as students but as writers, laborers of thought and language who seek to sharpen their creative skills, broaden their exposure, and thrive within a space of artful, respectful experimentation. We’ll read and discuss a wide variety of both contemporary and canonical texts and experiment via exercises that target point-of-view, form, voice, genre, and structure. Students will explore and practice elements of craft, develop and implement a literary vocabulary, and begin to acquire critical editorial skills for responding to their peers’ work through a formal workshop environment. Participants can expect to produce ample new writing throughout the week, share this work with others regularly, and offer and receive thorough, thoughtful, critical feedback. We will begin to tear down walls—as artists, as thinkers, as individuals—while simultaneously working together to build a supportive literary community where anything is possible. Eventually, it is my hope we will leave having grown creatively as individuals and collaboratively as a team. We will come to see that writing, like everything of value, is worthy of belief. 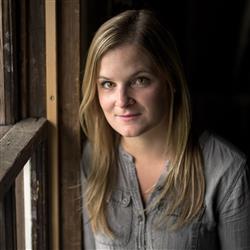 Amy Butcher is an award-winning essayist and author of the forthcoming MOTHERTRUCKER (Little A/Amazon, 2020). Her first book, Visiting Hours (Blue Rider Press/Penguin-Random House, 2015), earned starred reviews and praise from The New York Times Sunday Review of Books, NPR, The Star Tribune, Kirkus Reviews, Glamour, Cosmopolitan, and others. Most recently, her 2018 essay, "Women These Days," was nominated for a Pushcart Prize and for inclusion in the Best American Essays series by the editors at Brevity Magazine. Additional recent work has been featured on National Public Radio and the BBC, anthologized in Best Travel Writing 2016, and awarded grand prize in the 2016 Solas Awards' "Best of Travel Writing" series and the 2014 Iowa Review Award as judged by David Shields. Her essays have also been awarded notable distinctions in the 2015, 2016, 2017, and 2018 editions of the Best American Essays series. Additional work has appeared in Granta, Harper's, The New York Times "Modern Love," The New York Times Sunday Review, The Washington Post, The Denver Post, The Iowa Review, Lit Hub, Guernica, Gulf Coast, Fourth Genre, The Rumpus, The Paris Review online, Tin House online, and Brevity, among others. Her 2016 op-ed, "Emoji Feminism," published in the New York Times Sunday Review, was cited by Google inspiration for eleven new professional female-empowered emojis, accepted by the Unicode Subcommittee in July 2016 and incorporated in January 2017 in all iOS software packaging internationally. Additional writing appears in The Best Travel Writing 2016, The Soul Of Traveler, Writing True: The Art and Craft of Creative Nonfiction, The Best Of Vela, and Beautiful Flesh: A Body of Essays. She earned her MFA from the University of Iowa's Nonfiction Writing Program and is the 2012-2013 recipient of Colgate University's Olive B. O'Connor Creative Writing Fellowship in nonfiction, as well as grants and awards from the Vermont Studio Center, the Virginia Center for Creative Arts, the Kimmel Harding Nelson Center for the Arts, the Academy of American Poets, Word Riot Inc., and the Stanley Foundation for International Research. She currently teaches writing at Ohio Wesleyan University and annually at the Iowa Summer Writing Festival and the Sitka Fine Arts Camp in Sitka, Alaska. She lives in Columbus, Ohio with her two rescue dogs, beautiful beasts.