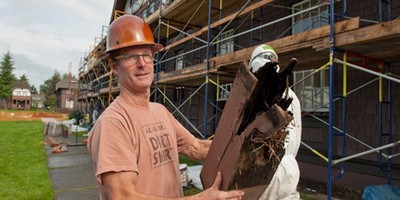 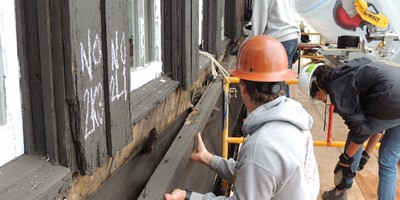 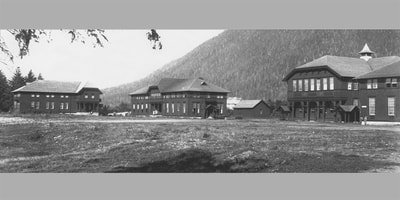 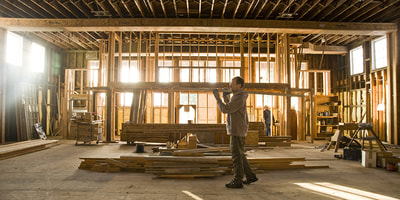 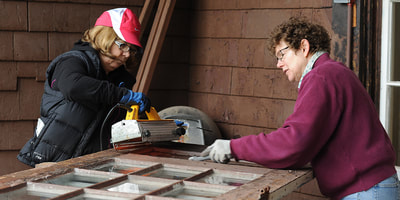 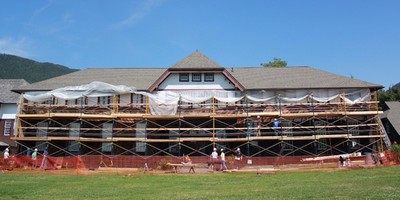 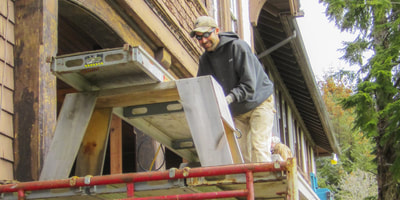 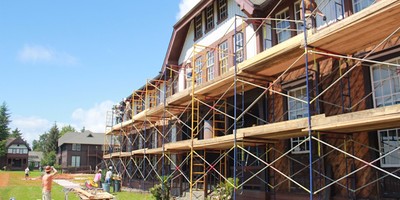 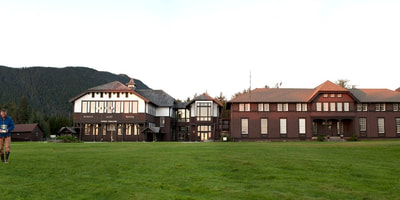 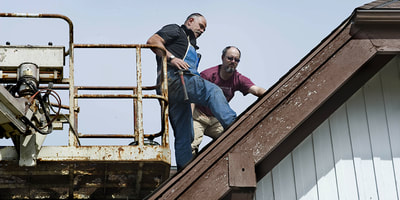 Sheldon Jackson, or “SJ” as it’s known in Sitka, began as a Presbyterian mission for Native children in 1878. The school moved to this site in 1884, and the current campus, with its formal layout of five central buildings around a grassy quadrangle, was built in 1910-1911. The campus was designed by the nationally-prominent New York City architectural firm of Ludlow and Peabody. In 1917 Sheldon Jackson became a high school, with college programs added in the 1940s. In 1967 the high school closed, and Sheldon Jackson was a private college until it closed in June of 2007.

Sheldon Jackson College closed in 2007, but it had suffered financially for many years before that. When the Sitka Fine Arts Camp took over the campus in 2011, these buildings were close to the point at which repair would be impossible: roofs leaked, siding was failing, windows were rotting.
Some work had already been done: in the late 1990s, local preservationists secured grants for the college to begin restoration of the Richard H. Allen Memorial Hall. The campus was named a National Historic Landmark in 2001, and a HABS survey – a federal program that thoroughly documents historic structures – and Historic Preservation Plan were done in the mid-2000s. Even before the Fine Arts Camp got the keys, Sitka’s preservation community was invested in the stewardship of this important place. The preservation of this campus, by hundreds of dedicated volunteers, is now a model of successful historic preservation, hand in hand with its revitalization as a home for the arts.
The preservation work is to the federal guidelines of the Secretary of the Interior’s Standards for the Treatment of Historic Properties, Standards for Rehabilitation. These standards guide work so that accommodations can be made for safety, accessibility, and new uses, while preserving the actual materials as well as the look and feel of the buildings and landscape.

The Historic Restoration Team, a crew of 20-25 college students and graduates, completed preservation work on campus for 3 weeks in the summer from 2012- 2019. The young volunteers, contractors, and the community learned about historic preservation through workshops and presentations, as well as hands-on work. Because of their participation in the program, some participants have gone on to studies in preservation fields.

The National Park Service is the federal agency with oversight of the national historic preservation program. NPS expertise and encouragement, in particular the efforts of Senior Historical Architect Steve Peterson, was critical in saving Allen Hall, achieving Landmark status, and accomplishing the HABS study and Historic Preservation Plan in the early 2000s. The National Park Service is still an active partner and consultant in the preservation work, and in 2016-2017 held “Vanishing Treasures” workshops on campus.

Allen Hall restoration began in the 2000s, but work had stopped with just the building envelope complete. Hundreds of volunteers, and the generosity of Carol Odess, enabled completion of the building, with the charming and fully-equipped Odess Theater for performances, in 2016.
Restoring the interiors of campus buildings to their original appearance is an ongoing project. In 2014 the Laundry Building was re-roofed and stabilized and window restoration began on many buildings; the facade of North Pacific Hall was restored in 2015 and the broken concrete porch was replaced in 2016; the Whitmore Hall facade was restored in 2016; and Fraser Hall’s facade and south wall were restored in 2017 and the interior wainscoting and stairway were restored in 2020.
Many projects have been supported by federal Historic Preservation Fund grants, three of those through the Certified Local Government program, through the City and Borough of Sitka. This National Historic Landmark is filling with life once again. The history and significance of this place is being presented as Voices of Sheldon Jackson School and College, a series of locally-produced interpretive signs and a website here.

​This place is more than interesting buildings. While the boarding school was better than most, it actively suppressed Native language and culture, leaving a complicated and difficult legacy. The goal of the Fine Arts Camp is to acknowledge and to share the stories of those who lived and worked here in the past, and the many facets of meaning this place holds. Restoration and reuse of this place creates a living connection to our past.
<
> 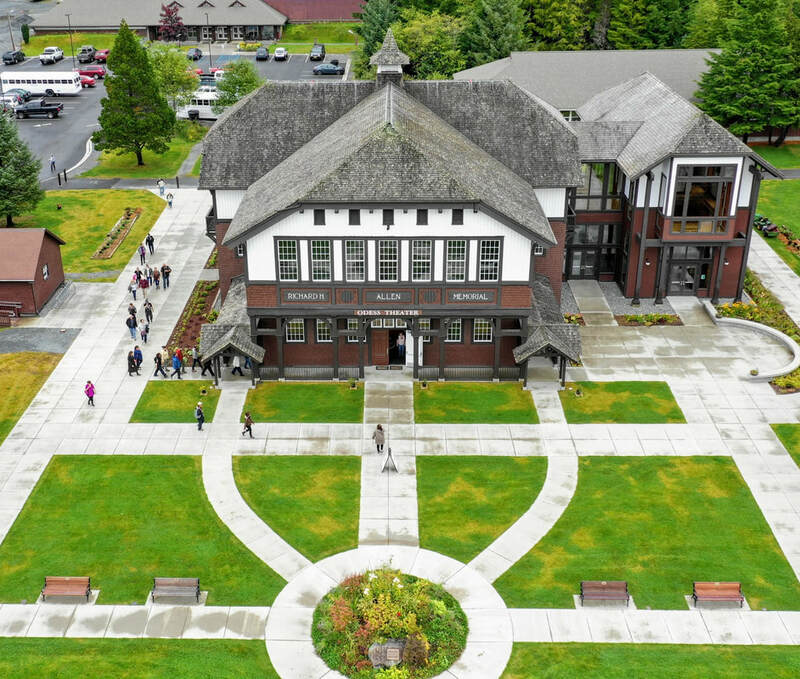 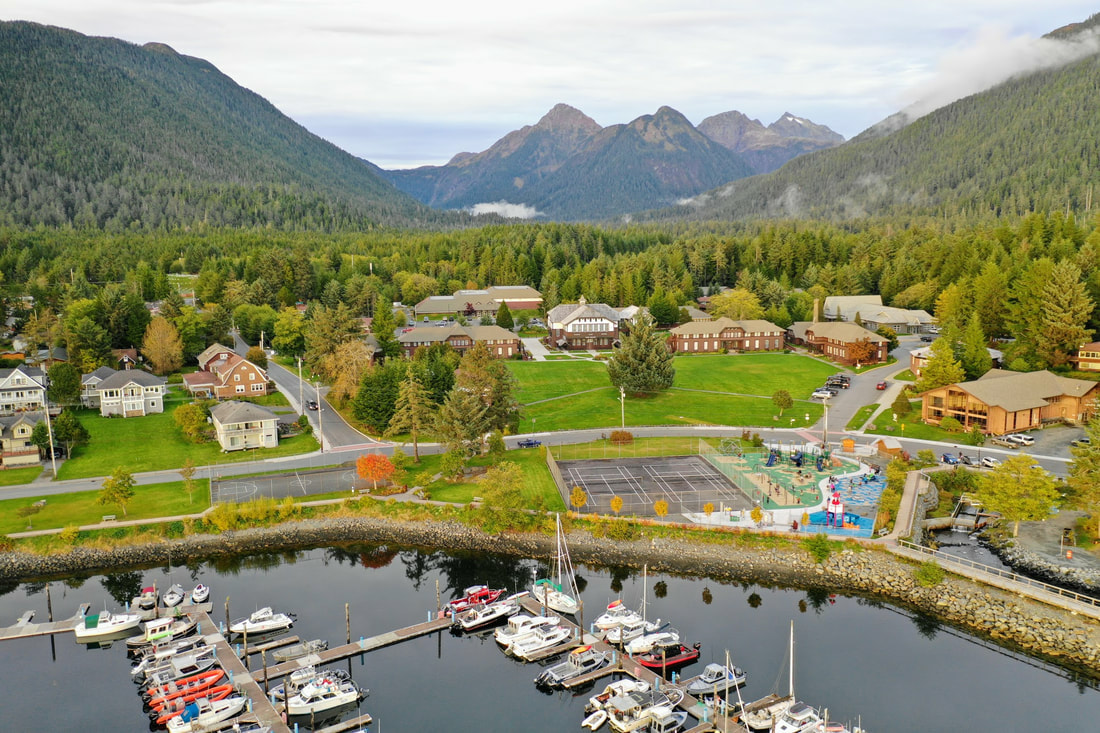 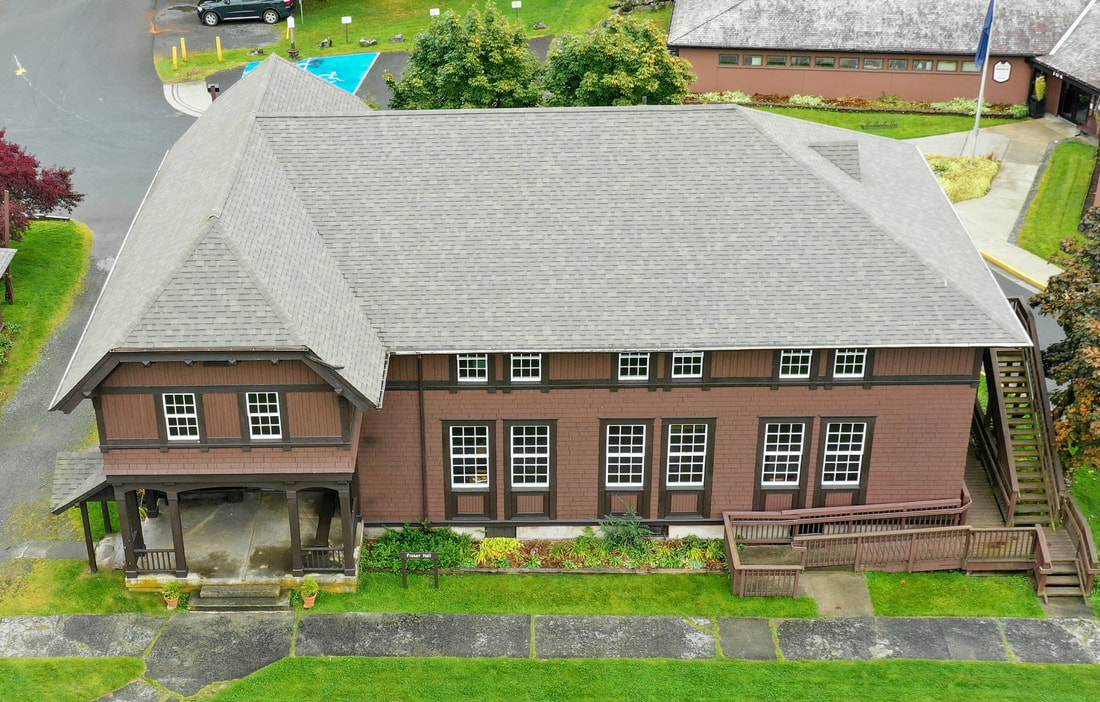 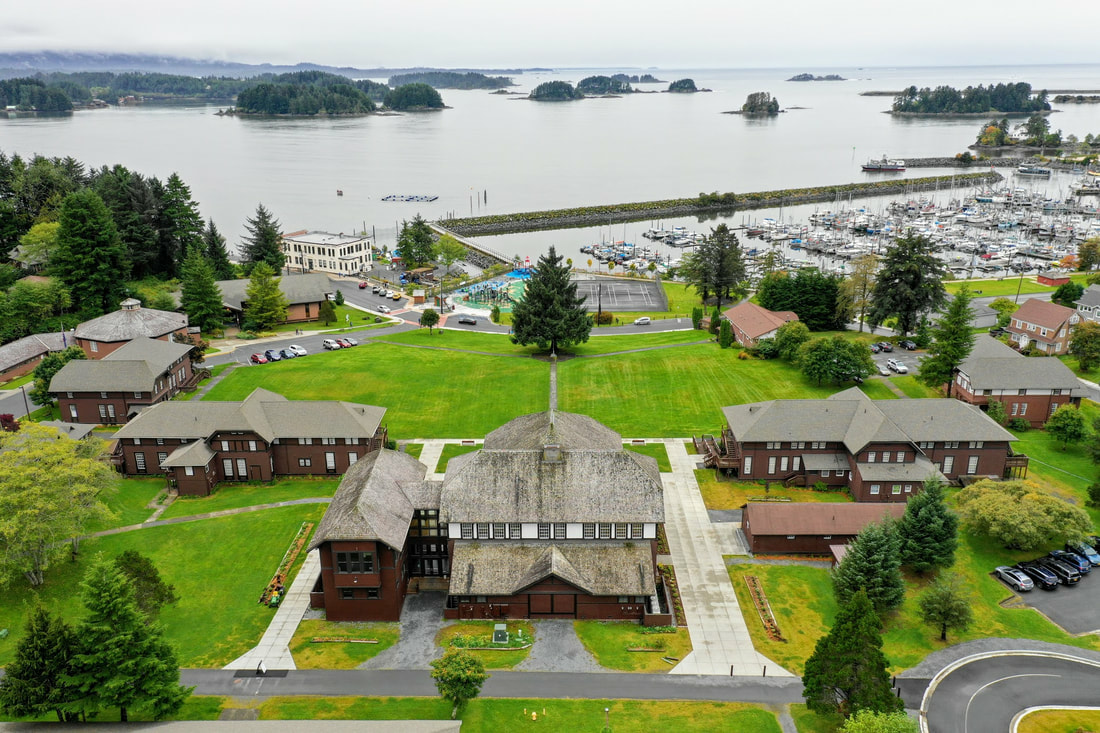