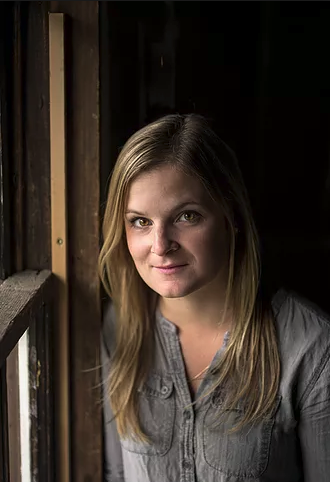 A Night of Storytelling with Amy Butcher

TICKETS ARE AVAILABLE AT OLD HARBOR BOOKS AND AT THE DOOR.

Amy Butcher is an award-winning essayist and author of Visiting Hours (Blue Rider Press/Penguin-Random House), a 2015 memoir that earned starred reviews and praise from The New York Times Sunday Review of Books, NPR, The Star Tribune, Kirkus Reviews, Glamour, Cosmopolitan, and others. Her work has been featured on National Public Radio and the BBC, anthologized in Best Travel Writing 2016, and many more.

Her 2016 op-ed, "Emoji Feminism," published in the New York Times Sunday Review, was cited by Google as the inspiration for eleven new professional female-empowered emojis, accepted by the Unicode Emoji Subcommittee in July 2016 and incorporated in January 2017 in all iOS software packaging internationally.

She currently teaches writing at Ohio Wesleyan University and annually at the Iowa Summer Writing Festival and the Sitka Fine Arts Camp in Sitka, Alaska.

Sold out
Add to Cart