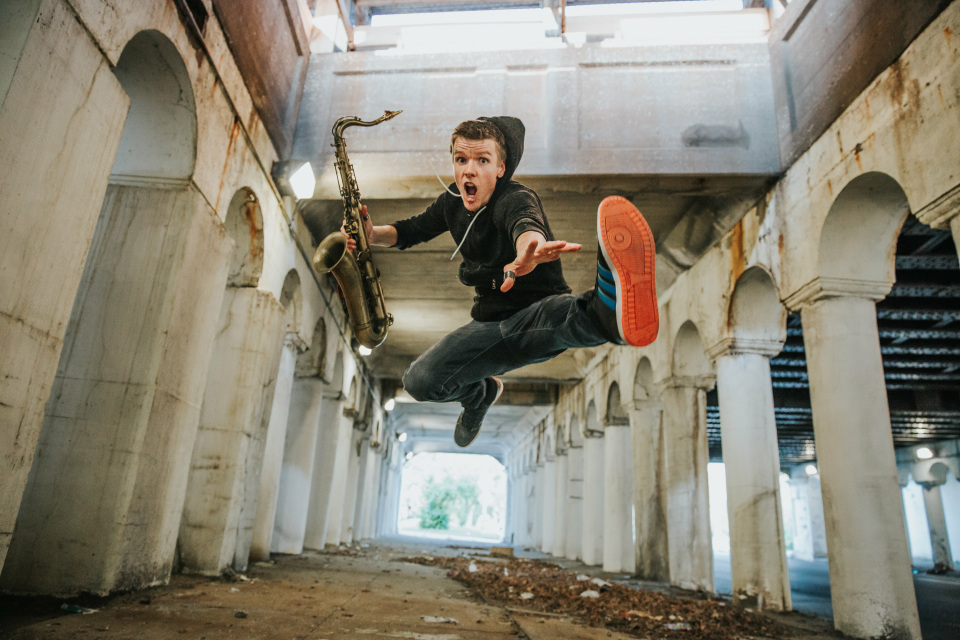 ONLINE TICKET SALES ARE CLOSED, TICKETS WILL BE AVAILABLE AT THE DOOR.

From his 30+ million views across social media to his interviews on international television and NPR’s Weekend Edition, Billboard-charting saxophonist/innovator Derek Brown and his one-of-a-kind solo “BEATBoX SAX” project has been exploding across the world music scene.

Derek's latest project is an epic undertaking: his FiftyFifty Tour has him performing at least one gig in each of the 50 states in nine months (Aug. '18-May '19). Traveling from state to state in an RV with his wife Rachel, they will be regularly vlogging and posting about music and life on the road. Follow them at www.FiftyFiftyTour.com.

Crossing genres from jazz to classical to funk, without looping or electronic effects, saxophone innovator Derek Brown’s unique playing style must be seen to be believed!

Sold out
Add to Cart